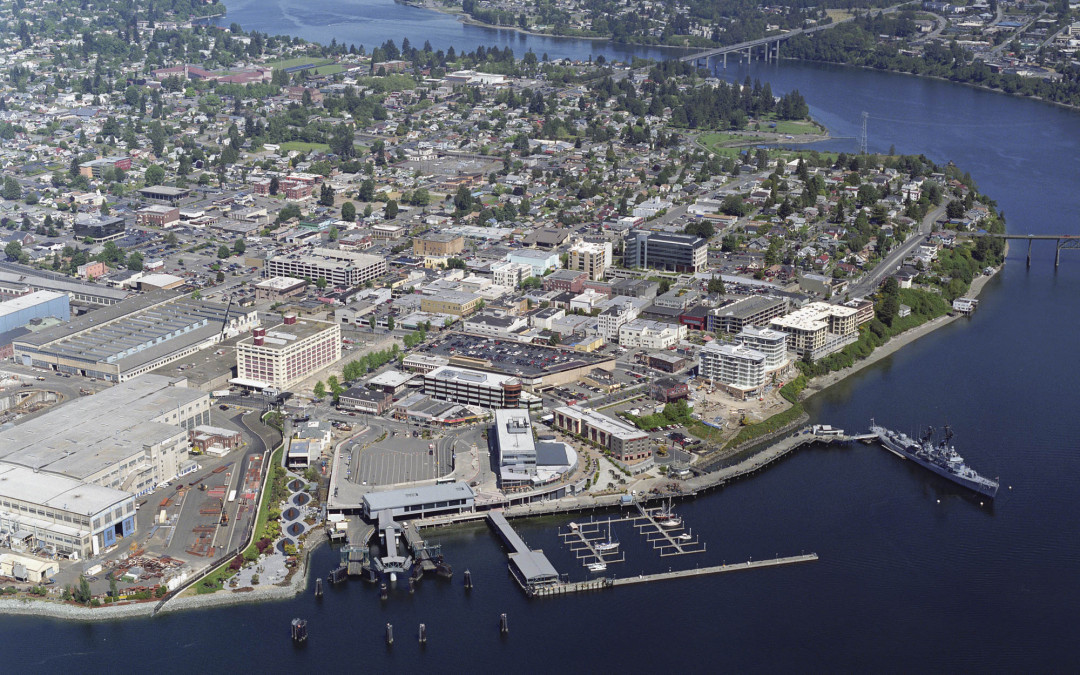 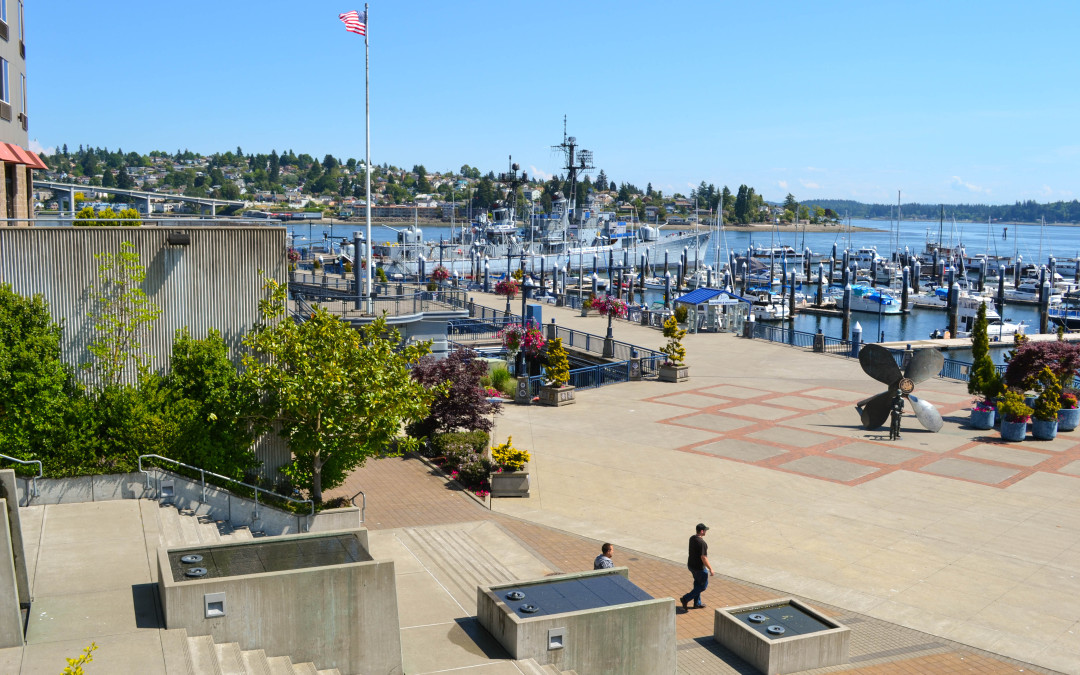 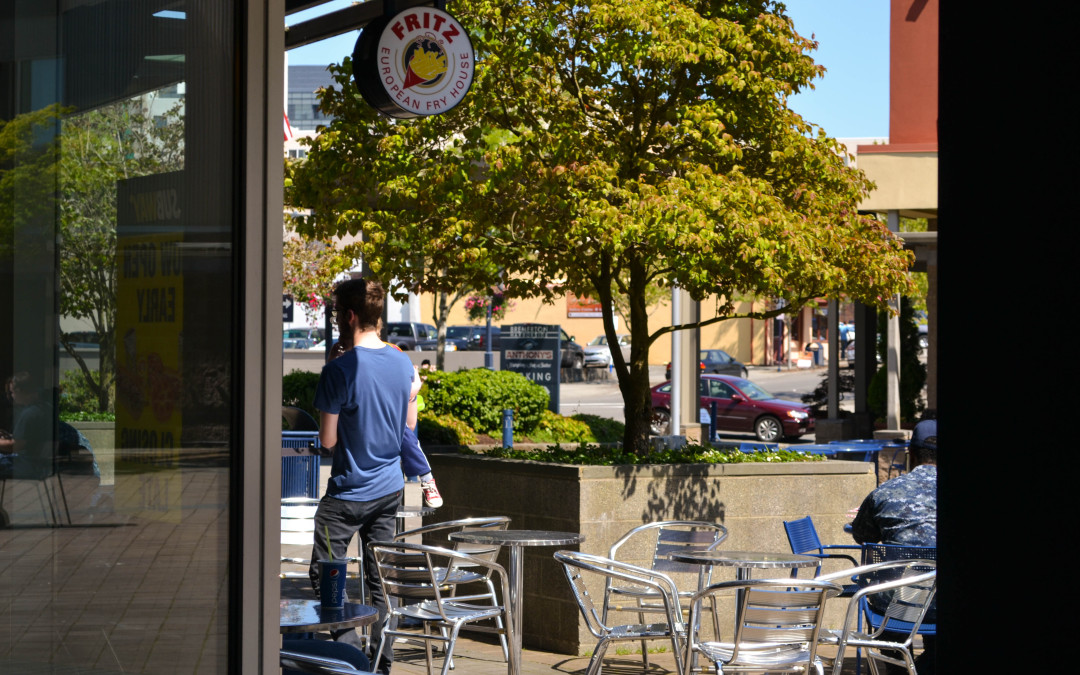 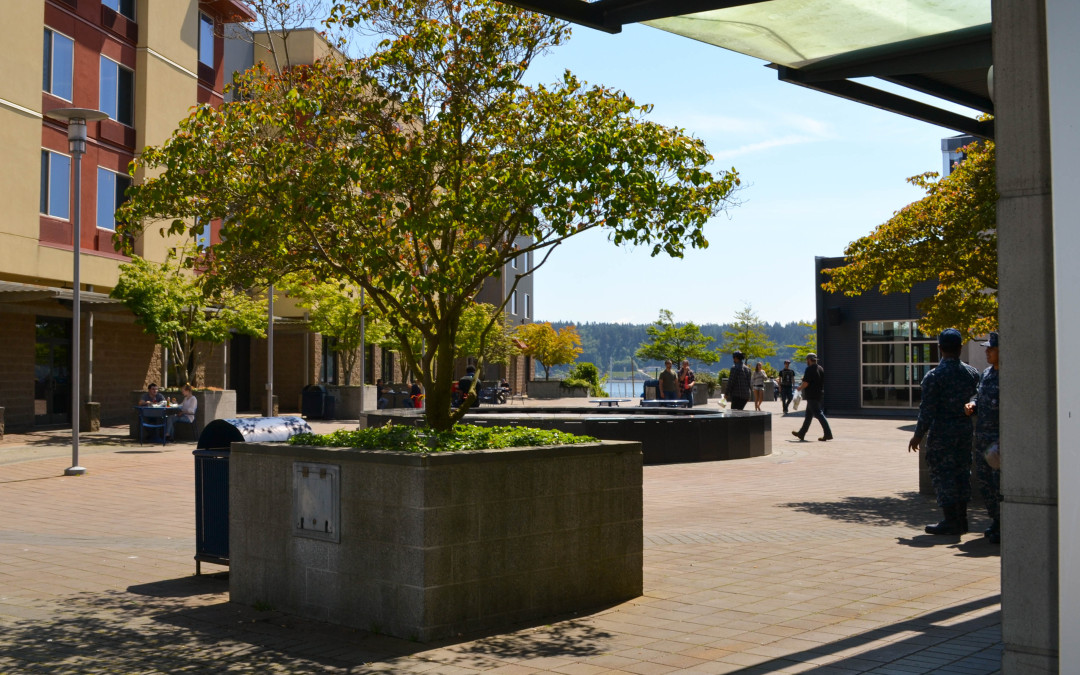 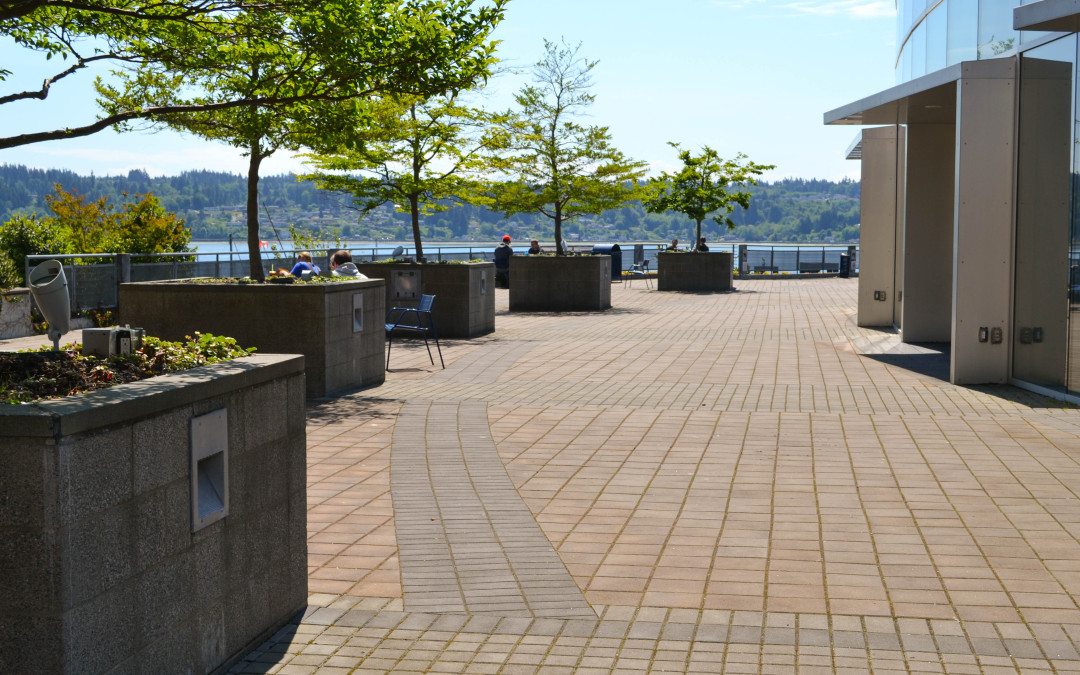 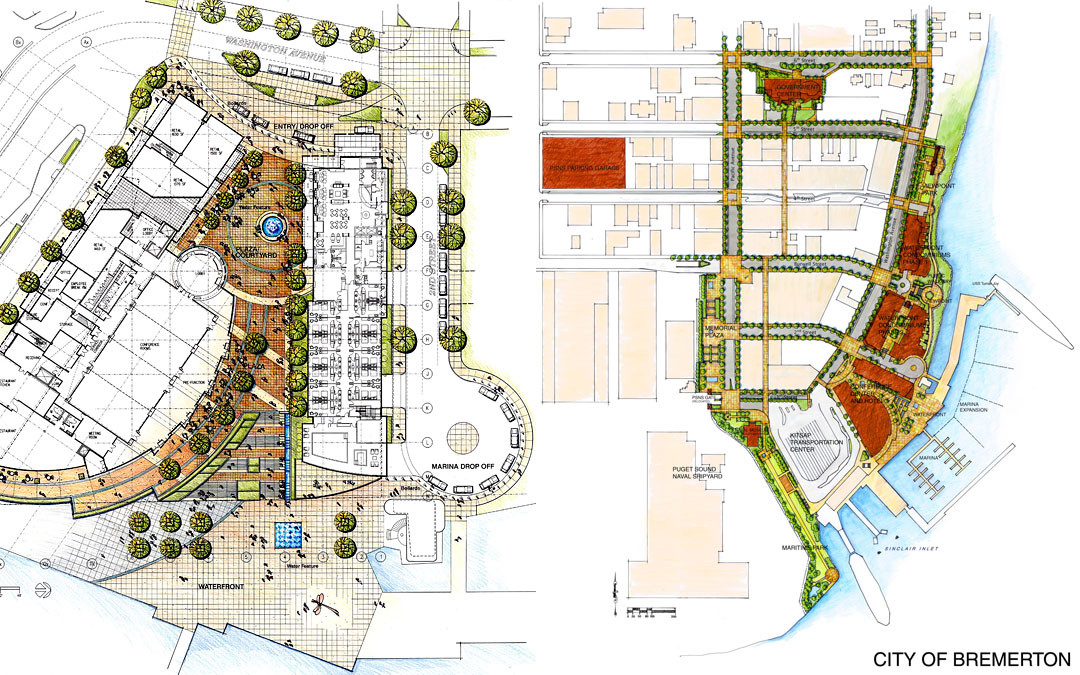 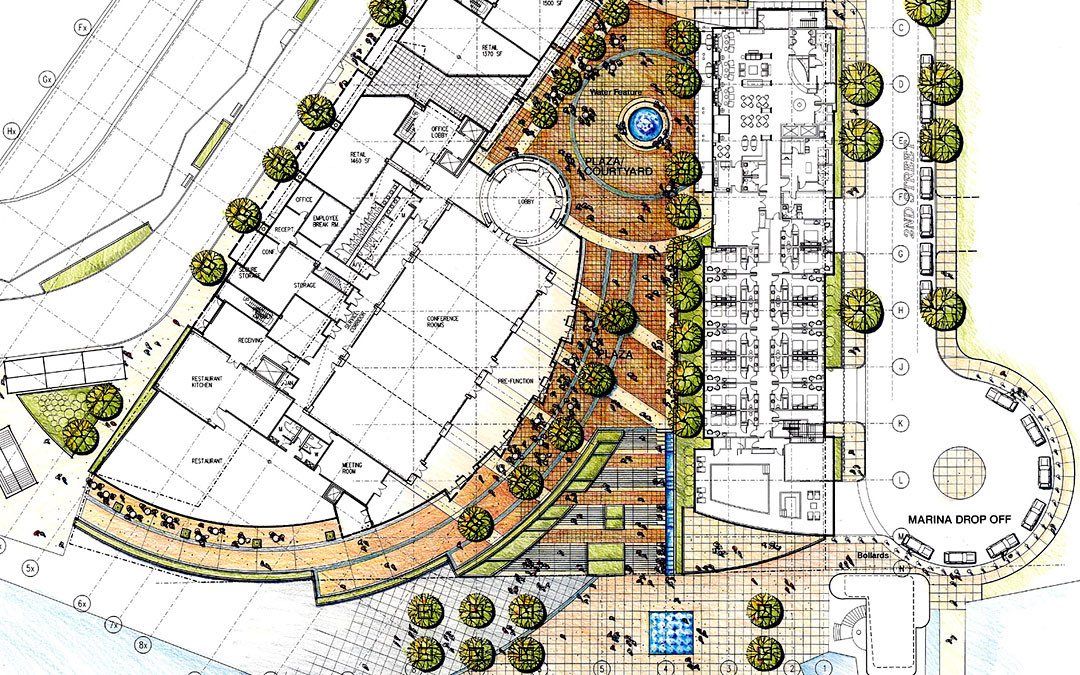 Bremerton Harborside is a private/public venture for a major new mixed use development on Bremerton’s urban waterfront. The core element is the regional Kitsap Conference Center. Other components of the project include a 105-room hotel, restaurant, retail and office space, parking garage, housing, and a central urban civic plaza. The civic plaza is almost entirely on roof deck above the parking garage and includes water features, an elaborate paver pattern, and raised planters designed to enhance views from the center to the waterfront.

The central green roof deck plaza, water features, and grand stair reconnect Bremerton with its waterfront, Sinclair Inlet, and marina. Since its completion the Center has become a popular location for events and weddings and has promoted additional development in the downtown including naval museum, parks and streetscape improvements, marina, commercial / retail, hotel and residential development.

Plans were developed for the City of Bremerton to knit together a wide range of new and potential private developer and municipal projects into the urban fabric of their downtown. These projects ranged from a regional conference center (the first project completed as a part of the downtown redevelopment plan), two new downtown parks, and streetscapes. Conceptual plans were created for the two urban parks as well as developing a visual hierarchy and palette of streetscape, intersection, and public space modifications and elements to help redefine the City’s identity, promote a more pedestrian friendly environment, and provide cohesiveness to the downtown.

Jennifer* played a key role in providing urban streetscape and site design for the downtown redevelopment plan and as a member of the design team, providing site design for Bremerton Harborside and the Kitsap Conference Center, particularly the central urban civic plaza at the core of the complex that connects downtown to its waterfront.

*While principal with another firm